Michael P. Heiskell is an attorney who owns and manages the law firm of JOHNSON, VAUGHN & HEISKELL located in Fort Worth, Texas. He specializes in White Collar Criminal Defense and is a former state and federal prosecutor.

Bill Traylor is a retired Federal Aviation Administration (FAA) Senior Executive with over 40 years of service with the federal government in various leadership positions. As Director of the FAA Academy, Bill was responsible for the nation’s training of Air Traffic Controllers, Electronic Technician/Engineers, Aviation Safety Inspectors, and the training FAA Managers and Supervisors. Prior to retiring, Bill served as Special Assistant to the Office of the Secretary of Transportation focusing on assisting countries in Africa and Asia with enhancing their aviation systems.

William T. Slater is Professor Emeritus and retired Dean of the College of Communication at Texas Christian University.  Prior to his assignment at TCU, Slater served as dean of the Donald W. Reynolds School of Journalism at the University of Nevada, Reno and as dean of the Perley Isaac Reed School of Journalism at West Virginia University. Before going to West Virginia, Slater was vice president for institutional advancement at Western Illinois University.  He has held a similar position at Oregon State University. Slater began his academic career as an assistant professor of communications at the University of Washington in Seattle. He then moved on to a visiting appointment at the University of Southern California for one year, and was subsequently appointed to chair the Department of Radio-Television at the University of Arizona.  Slater has also served as dean of the College of Fine Arts at Eastern Washington University. Before embarking upon an academic career, Slater worked for a number of years as a newspaper and broadcast journalist in Boston, Baltimore, Washington, New York, Cleveland and San Francisco.  He was a radio and television news anchor for WBZ-TV-AM in Boston, and covered the White House for Westinghouse Broadcasting Co.  Slater also served as a vice president for Boston Broadcasters Inc. (WCVB-TV) and was press aide to the Governor of Massachusetts. Slater has served as president of the Association of Schools of Journalism and Mass Communication, an organization of journalism and mass communication school administrators. He is co-author of two books, has been principal investigator on several communications projects in the U.S. and Canada, and has written and produced several award-winning documentaries, one of which was awarded a regional Emmy. Slater earned his undergraduate degree from Tufts University in Medford, MA.  He completed his masters and Ph.D. at Stanford University. He is married to Elizabeth Doane. They have two sons.

Nate Washington serves as managing partner of The Washington Firm, a litigation boutique he founded in 2006. Every year since 2014, Nate has been recognized by his peers as one of the Top Personal injury Lawyers in Fort Worth. He is a member of the Million Dollar Advocates Forum and the Multi-Millions Dollar Advocates Forum. Since 2018, he has been recognized by the National Trial Lawyers as a Top 100 Personal Injury Lawyer. Nate is an ordained deacon, husband and father. Nate’s favorite way to pass time is watching his children play baseball and softball. Nate manages The Washington Firm with this wife, Attorney, Katrina Washington.

John Lawrence Barnett, Jr., DDS is the cofounder along with his wife, Arlene S. Barnett, DDS of Barnett Dental Group, APDC. Located in Fort Worth, Texas, the dental corporation is dba Kids Stop Dental which specializes in Pediatric Dentistry.

Curtis Harris had over 26 years with Exxon Mobil Corporation, and held many roles with increasing levels of responsibility. At the time of the Exxon and Mobil corporations’ merger, Curt was an active participant in Exxon Mobil merger transition support, working to form the global organization structures for the corporate, chemical and downstream financial functions. Curt retired in March 2014 culminating his career as Global Human Resources Manager, Polymers, ExxonMobil Chemical Company; an organization with more than 2,000 people and $2.5B of income.

Jyric Sims serves as President and CEO of Medical City Plano and Medical City Frisco. Sims previously served as Senior VP & Chief Operating Officer of Tulane Health Systems in New Orleans, LA. Sims has received numerous accolades, including 2020 One of 70 African-American Leaders in Healthcare to Know by Becker’s Hospital Review, and 2018 Young Healthcare Executive of the Year by the DFW Hospital Council.

Willie Houston III is Chief Operating and Chief Financial Officer of Satori Capital, an alternative investment firm with offices in Dallas and Fort Worth, TX. He is responsible for all financial, operational, legal, compliance, technology, investor relations, and administrative activities of the firm and its affiliates.

Ken Hampton is a financial advisor for Edward Jones. His previous work experience included a stint as Human Resource Manager and subsequently Plant Manager for M&M Mars. He is a former Senior Vice-President for Community Development with the Waco Chamber of Commerce. Ken is an active community participant having served on the Board of Directors for Providence Healthcare Networks, YMCA of Central Texas, Waco Cultural Arts Festival and the Fort Worth Metropolitan Black Chamber of Commerce.

Archon Al Lewis is retired with over 45 years federal service. He served in the United States Air Force 33 plus years, retiring at the rank of O-6 Colonel. After military retirement he worked 11 plus years as the Missile Defense Agency Director of Ballistic Missile Defense Test Security.

Archon Lewis was the Charter Sire Elect of Epsilon Chi Boulé, Colorado Springs, CO prior to transferring to Delta Mu Boulé.  Archon Lewis’ other affiliations include Kappa Alpha Psi Fraternity. He was a member of the San Antonio Black Professional Leadership Network and Board Member of the Rapid City South Dakota United Way.

Roy Charles Brooks serves and represents the constituents of Tarrant County Commissioner, Precinct One. For over 30 years he has represented his community as a volunteer, city elected official, and as County Commissioner. He is Past President of the National Association of Counties where he led the organization in participation in the Pritzker Children’s Initiative. He has spearheaded many programs in Tarrant County, including the Ex-Offender Re-Entry Program (“TCRI”) and the Nurse Family Partnership. Known for his strong leadership, and his ability to forge coalitions, his is an influential voice in Tarrant County, the State of Texas and the nation. 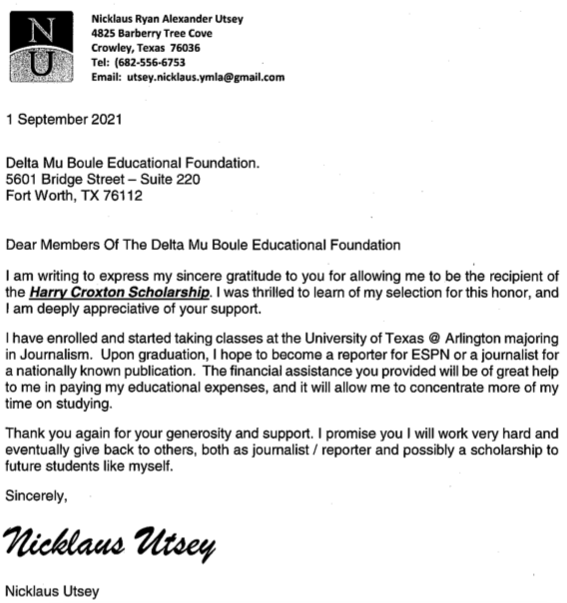